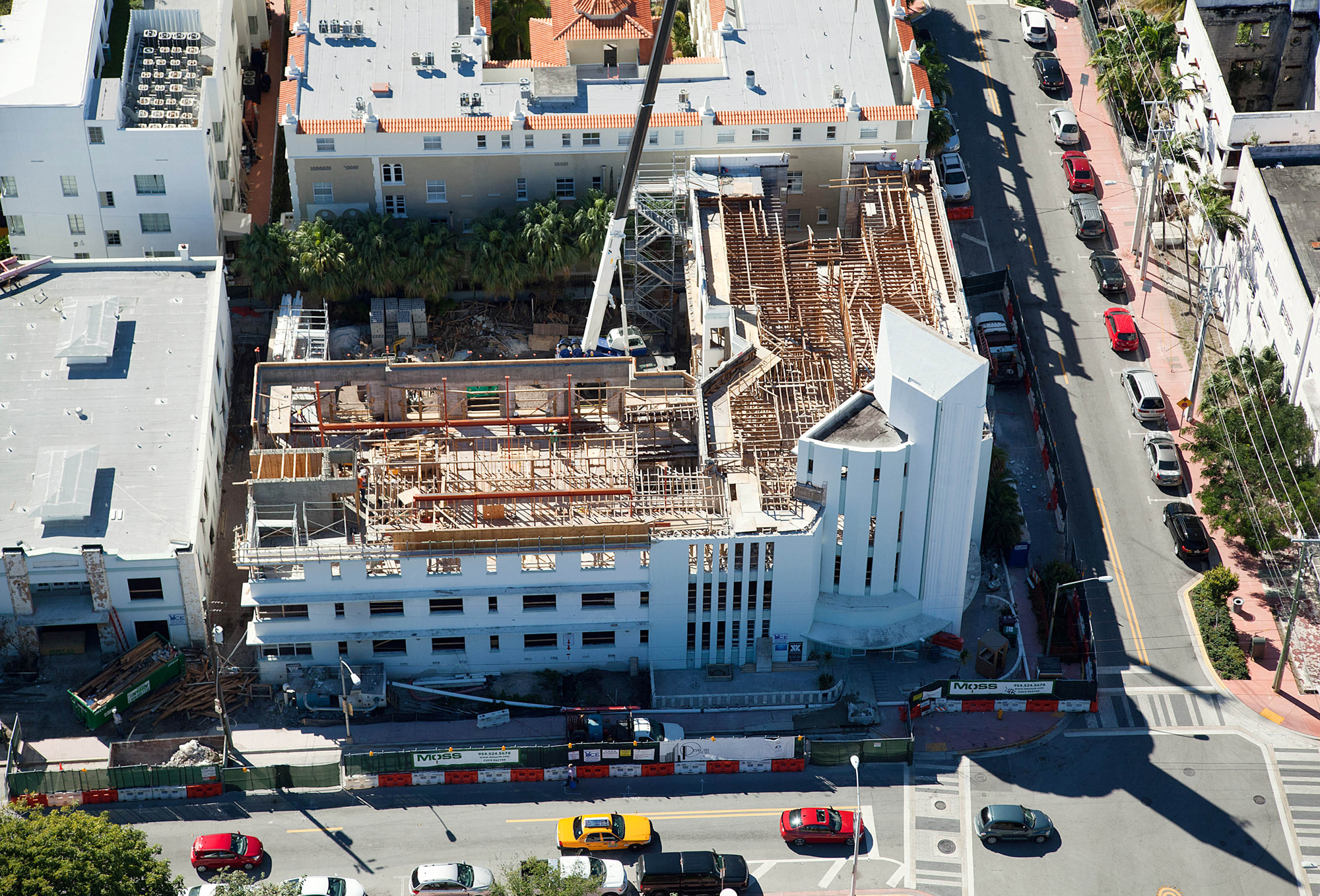 The Miami Beach Art Deco District, a colorful neighborhood that inspires a sensation of time travel back to the ’30s, was what the Miami Design Preservation League had in mind when they started the movement of preserving the history and culture of this district by restoring its buildings and maintaining its original architecture concept.

Barbara Baer Capitman was the founder of this league, who later became involved with the restoration and preservation of the Art Deco Buildings in Miami Beach. This movement started with Barbara, her son John (recently graduated from Yale), and Leonard Horowitz. In 1976 they noted the charm of Miami Beach streets and its relaxed feeling, and they thought how it would be better if the buildings were restored instead of demolished and rebuilt.

Just a month later, The City of Miami Beach Redevelopment Authority released the plans in the newspapers. They planned to demolish the southernmost portion of Miami Beach, and replace it for a new luxury mixed-use project which included hotel design, residential use, condominiums, restaurants, and commercial use.

The idea of preserving the area began to grow, from small talks in cafes to an actual committee of Historic Preservation in charge of regulating the upcoming constructions, developments and, restorations in the City of Miami Beach.

In December 1976 the activities started to formalize when the Miami Dade Preservation League made up with their first large scale public meeting, with the name of “Design Forum” as an open discussion integrated by architects, designers, artists, interior designers, urban planners, and Miamians in general.

At this time the concept of historic preservation in Miami Beach wasn’t popular and the city had a different luxury tourism development project.

In June 1977, the MDPL had candlelight walk to the Plymouth hotel (preserved by YHCE 30 years later) to educate the people.

In 1981, the MDPL presented a Plan for the art Deco District and Barbara Capitman wrote: “There are new possibilities occurring now, new allies and challenges in the sudden explosion of interest in my Miami Beach Art Deco District. The new wave of support is unparalleled – even by the days when it was placed on the National Register of Historic Places and became national news as the first Art Deco District anywhere, and the largest and youngest 20th-century district”

The process was long, but in the end, Miami Beach became a Historic District in the United States, and now we can appreciate the hard work of the Miami Beach Preservation League alongside a group of architects, general contractors, interior designers, and structural engineers experts on historic preservation.

Buildings from 1920 with cultural background and history over its walls and foundations have been restored and preserved since 1979. A huge challenge for engineers and structural designers and constructors. It is completely different from the process of designing a new building versus the design of historic preservation.

These old structures have been exposed for more than 70 years against threats like hurricanes, storms, saltpeter, oxide, and some of them have even exposed to fire. To avoid accidents during construction and to prolong the building’s life it is imperative to have plenty of experience designing the reinforcement of these aged constructions.

Nowadays we have been working for more than 15 years in parallel to the Miami Beach Historic Preservation League, designing a cost-effective way to reinforce and restore buildings across the Art Deco District.

We have been involved in all kinds of historic preservation projects, for example, the Coral Rock house in 900 Collins, the oldest of only four coral rock buildings left in Miami Beach which was declared as an “unsafe structure”. This house was a challenge for the whole team involved, the walls were cracked, the drywall, roof, windows, and doors needed replacement, and the walls and floors needed to be repaired. At YHCE, we took care of the structural design for this historic preservation project, designing the whole reinforcement of the structure, including the foundations, walls, columns, and beams, now you can delight your view with this small piece of art in the middle of Miami Beach.

Many people qualified the Coral Rock house as unsalvageable, but we went one step ahead finding a structural solution to restore the house. We are engineers and that’s what we do, we design structures finding a solution to problems, even when the problems are apparently without a solution.

Another challenge for us was the shoring and bracing for the Saxony Hotel, also known as the Faena Hotel, one of the first luxury hotels built on the ’40s. The project included column relocations and bigger elevators to be installed and shoring was necessary from the basement to the 15th floor.

Another huge historic preservation project was the restoration of the Plymouth hotel and the Ansonia Hotel, two art deco buildings located next to each other. On these two projects, we were in charge of the structural design, the inspections, the construction administration, and the shoring of the historic buildings. We also designed the addition of a new floor on top of the building and the bracing of walls to add a new stair.

We can spend a whole day talking about the multiple historic preservations projects designed by YHCE, for example, the famous Betsy Hotel restoration alongside with the Carlton Hotel on Collins Avenue, with a huge ball between both buildings. And the beautiful pool hanging between two buildings at the Carlton Hotel.

The Leslie Hotel, The Marlin Hotel, The Omphoy Hotel, The Traymore Hotel, The Collins Park Hotel, The Mondrian Hotel, The Eden Rock Hotel, are just a sample of our numerous jobs of structural design, concrete restoration, historic preservation, and threshold inspection at the Art Deco District.